Odd headline of the day

And the story is kind of kooky, too.

The group, calling itself ANZAC Ploughshares, said it cut through fences and razor wire and avoided electronic sensors to slash one of two 30-metre (98-ft) white globes with a sickle at the Waihopai base near Blenheim at the top of the South Island.

The base is described as a satellite communications monitoring facility, but peace campaigners have said it is part of a global signals interception network called Echelon.

"The Echelon spy network including Waihopai, is an important part of the U.S. government's global spy network and we have come in the name of the Prince of Peace to close it down," said Ploughshares in a statement.

I didn't know Jesus advocated sickle work. And I didn't know satellite communications domes in New Zealand were appropriate targets for anti-American sentiment. But I do know that the first three words of the article have got to be the funniest words I've read today.
Posted by Albatross at 6:57 PM No comments:

I'm not much of a scientist, but I think Stephen Hawking is right on track here when he talks about the possibility of alien life forms.

Alien life may well exist in a primitive form somewhere in our corner of the galaxy, famed astrophysicist Stephen Hawking said Monday.

Given the size of the universe, it is unlikely that Earth is the only planet to develop some sort of life, Hawking told an audience at George Washington University in Washington, D.C. He added that humanity must embrace space exploration, if only to ensure its long-term survival. [Complete agreement here.]

"While there may be primitive life in our region of the galaxy, there don't seem to be any advanced intelligent beings," said Hawking during a lecture as part of a series commemorating NASA's 50th anniversary this year.

The probability of primitive life developing on a suitable planet may be extremely low, or it may be high, but aliens intelligent enough to beam signals into space may also be smart enough to build civilization-destroying weapons like nuclear bombs, he said. More likely, he added, is that primitive life is likely to develop, but intelligent life as we know it is exceedingly rare.

"We don't appear to have been visited by aliens," Hawking said, adding that he discounts reports of UFOs. "Why would they only appear to cranks and weirdoes?"

'Nuff said.
Posted by Albatross at 9:56 PM No comments: 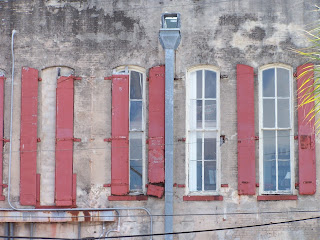 Nothing but a photo of shutters making an interesting texture.
Posted by Albatross at 9:54 PM No comments:

This is excellent news.

PASADENA, Calif. - NASA says it is extending the international Cassini mission that is touring Saturn and its moons for another two years.

The space agency announced the extension Tuesday. Since 2004, the unmanned probe has beamed back about 140,000 images. Its prime mission is slated to end in July.

The agency says the $160 million extension will allow Cassini to make 60 more revolutions around the ringed planet and fly by its largest moon, Titan, and four other satellites.

The Cassini mission has yielded precious information about Saturn and its moons that have astoundingly advanced our knowledge of the solar system. I'm glad it is being extended. The success of this mission and the gains obtained by the Mars rovers should be sources of pride for NASA, the United States of American, and all of humanity.
Posted by Albatross at 6:45 PM No comments:

Who knew California was in danger of earthquakes?

LOS ANGELES - California faces an almost certain risk of being rocked by a strong earthquake by 2037, scientists said Monday in the first statewide temblor forecast.

New calculations reveal there is a 99.7 percent chance a magnitude 6.7 quake or larger will strike in the next 30 years. The odds of such an event are higher in Southern California than Northern California, 97 percent versus 93 percent.

"It basically guarantees it's going to happen," said Ned Field, a geophysicist with the U.S. Geological Survey in Pasadena and lead author of the report.

No kidding. Really, with a difference of 97 and 93 percent, does it really matter where you live in California? Just enjoy the weather and get ready for the shaking.
Posted by Albatross at 6:10 PM No comments:

Just a photo to remind you that humans didn't always need electricity or software to run their computers. 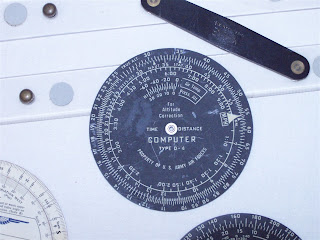 Posted by Albatross at 6:02 PM No comments:

I call B.S. on this Reuters report on another stupid study.

A new study from the University of Michigan shows that having a husband creates an extra seven hours of extra housework a week for women. But a wife saves her husband from an hour of chores around the house each week.

"It's a well-known pattern. There's still a significant reallocation of labor that occurs at marriage -- men tend to work more outside the home, while women take on more of the household labor," said Frank Stafford, of the university's Institute for Social Research (ISR), who directed the study.

The researchers studied diaries to assess how people spent their time and questioned men and women about how much time they spend cooking, cleaning and doing basic work around the house.

They found that young single women did the least amount of housework, at about 12 hours a week. Married women in their 60 and 70s did nearly twice that amount, while women with more than three children spent 28 hours a week cleaning, cooking and washing. [emphases added]

I haven't seen the original study, but I wonder if it measured time spent mowing, cutting limbs, working on the car, building shelves, and other work around the house that might be left up to the husband more often than not.
Posted by Albatross at 4:57 PM No comments:

For nearly half a year, NASA's No. 1 technical problem in designing its Ares I rocket, which will eventually propel astronauts back to the moon, has been a sound wave vibration problem from its solid rocket motors.

If the vibrations hit the right frequency, they could potentially shake the astronauts to death — or at the least make it impossible for them to work. The astronauts would be in the Orion crew capsule launched on top of the Ares.

The leading solution is to put weight on springs in parts of the bottom end of the rocket and underneath astronauts' seats to dampen the vibrations. Think MacPherson struts, said Garry Lyles, who heads a NASA team working on the problem.

"These are actually absorbers that are used in vehicles today, especially one-ton and 1 1/2-ton pickup trucks," Lyles said in a Thursday telephone news conference.

[Insert obligatory joke about it not being rocket science here.]
Posted by Albatross at 5:49 PM No comments: