Once, as a funeral procession was passing, a humorist hailed the corpse and asked him to tell Augustus' ghost that his bequests to the commons had not yet been duly paid. Tiberius ordered the man to be arrested and brought before him. 'I will give you your due at once,' he said, and ordered his execution with: 'Why not go to my father yourself and tell him the truth about those legacies?'


Testy man, that Tiberius. It's a good thing his reputation didn't suffer for it.
Posted by Albatross at 7:36 PM No comments:

I'm not one to credit extra-terrestrials for anything unusual here on Earth or out in space.

But this is pretty darned weird. 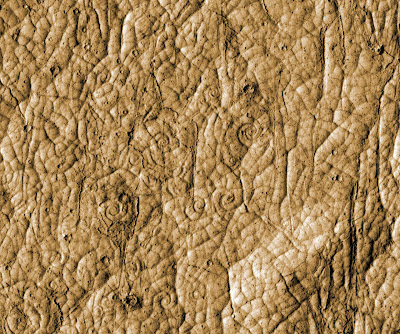 But really, there's nothing that unusual here. Mars is known to have had a hot, volcanic past, and the spirals you see here actually have their parallel here on Earth


"This is the first time lava coils have been identified on an extraterrestrial setting," study lead author Andrew Ryan at Arizona State University told SPACE.com. "The most surprising thing about these features when I first saw them was how well-preserved they are."

"You can't see them unless you zoom in really close, and even then they're really subtle — it's pretty dusty there, so the images are just a pale gray color, and they don't really jump out until you boost the contrast, so it's not surprising at all to me that they've been overlooked before," Ryan said.

Still pretty weird-looking, though.
Posted by Albatross at 10:03 PM No comments:

Thinking about the "rules" of English

I like Cracked.com. I like it because it's a funny website, and it has flashes of brilliance that make me want to always read more. And (because I love the English language so much) it's especially entertaining and gratifying to find in the article titled "7 Commonly Corrected Grammar Errors (That Aren't Mistakes)" this bit of observation ...


What we've done here is gotten right down into the trenches of a war between prescriptivist grammarians and descriptivist grammarians -- a conflict which, no matter how boring you think it sounds, is actually 10 times more boring than that. Just to give you a tiny glimpse of that boredom, I'll briefly describe both sides, probably unfairly:

Descriptivists also document the rules of grammar, but don't particularly care when they're violated, because fuck rules, man. And if the rules ever do change, descriptivists simply shrug and write down the new ones. They point out that civilization has never collapsed during any of the previous changes to English grammar, and indeed has even managed to excel -- giving us advances like polio vaccines, color television and sexting. 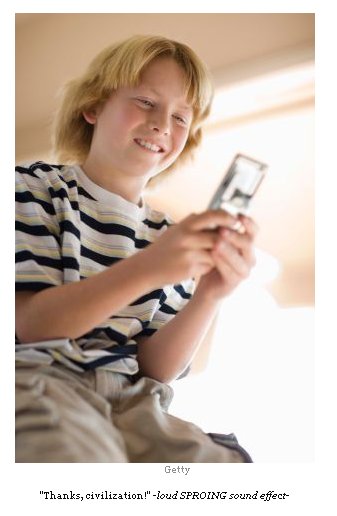 Chris Bucholz nails the definitions and differences between prescriptivists and descriptivists in that passage, and he rightly points out that it's largely a pointless conflict that only grammarians really care about. And he does so with generic model photos and his interpretation of cartoon background noise.

What's not to love?

Let's hope that's all this is. A bit of tough talk.


Earlier this month, North Korea was unsuccessful in a long-range missile launch, prompting worries that North Korea may conduct another nuclear test. South Korean officials say new satellite images show that North Korea has been digging a tunnel in what appears to be preparation for a third atomic test.

According to the Associated Press, the statement from North Korea was unusual in promising something soon and in describing a specific period of time.

The North Korean military threatened to "reduce all the rat-like groups and the bases for provocations to ashes in three or four minutes, (or) in much shorter time, by unprecedented peculiar means and methods of our own style."

(from The Envoy on Yahoo)

Let's hope it's not what it actually seems to be: The new guy wanting to prove he's not an ineffectual shadow of his predecessor.

The North makes me nervous.
Posted by Albatross at 7:01 PM No comments:

The first news of his death caused such joy at Rome that people ran about yelling: 'To the Tiber with Tiberius!' and others offered prayers to Mother Earth and the Infernal Gods to give him no home below except among the damned. There were also loud threats to drag his body off with a hook and fling it on the Stairs of Mourning; ... .

Nope. Nobody liked Tiberius much at all in his later years. Can you tell? 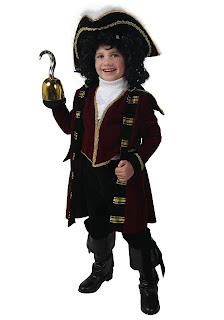 Yar! To the stairs with yer scurvy hide!
Posted by Albatross at 8:28 PM No comments:

Have you ever seen Iapetus? It's a strange moon owned by Saturn. It's got a pale side and a dark side. It's got a strange orbit. And it's got an incredibly bizarre equatorial ridge, its most distinctive feature. 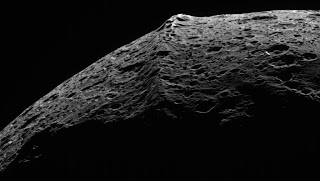 That's right. That moon has a mountain range that reaches over twelve miles high that runs in a straight line right along the equator! Almost all the way around the moon! 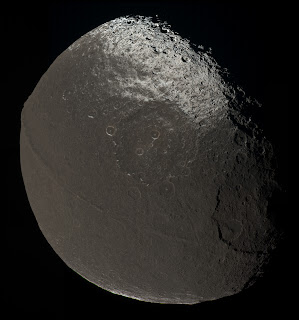 The Cassini spacecraft (such a cool, useful little ship) discovered that ridge in 2004, and it has puzzled astronomers since. How could such a feature -- unique in our solar system -- have formed on such a small moon? What forces came into play to form that ridge?

Well, now they think they're on to an explanation.

The giant ridge around the middle of Saturn moon's Iapetus that makes it resemble an oversize walnut may have essentially formed as a "hug" from a dead moon, researchers say.

Scientists had been at a loss to explain how this mountain range might have formed. Of all the planets and moons in our solar system, apparently only Iapetus has this kind of ridge — any process that researchers previously suggested to explain its formation should also have led to similar features on other bodies.

Now investigators suggest this ridge could be the remains of a dead moon. Their model proposes that a giant impact blasted chunks of debris off Iapetus at the tail end of the planetary growth period more than 4.5 billion years ago. This rubble could have coalesced around Iapetus, making it a "sub-satellite," a moon of a moon.

Under this scenario, the gravitational pull Iapetus exerted on this sub-satellite eventually tore it back into pieces, forming an orbiting ring of debris around the moon. Matter from this debris ring then rained down, building the ridge Iapetus now sports along its equator fairly quickly, "probably on a scale of centuries," [planetary scientist at the University of Illinois at Chicago Andrew] Dombard said.

Did I mention that Cassini was absolutely cool?
Posted by Albatross at 6:12 PM No comments:

Otho is said to have been haunted that night by Galba's ghost in a terrible nightmare; the servants who ran in when he screamed for help found him lying on the bedroom floor. After this he did everything in his power to placate the ghost; but next day, while he was taking the auspices, a hurricane sprang up and caused him a bad tumble -- which made him mutter repeatedly: 'Playing the long pipes is hardly my trade.' (Proverbial of undertaking an enterprise beyond one's capacity.)


I thought of doing an image search for "playing the long pipes", but I thought better of it. Here's a picture of a different kind of pipes instead: 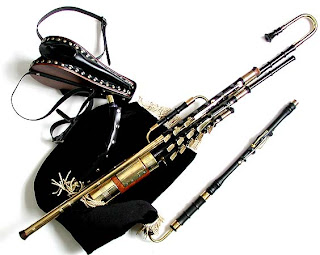 And here's another kind of Otho: 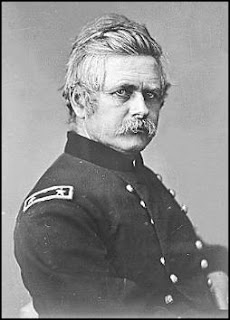 Posted by Albatross at 8:13 PM No comments:

Much evidence is extant, not only of the hatred that Tiberius earned but of the state of terror in which he himself lived, and the insults heaped upon him. He forbade anyone to consult with soothsayers, except openly and with witnesses present ... .


Because nothing brings out the truthfulness of fortunetelling quite like an attentive audience. 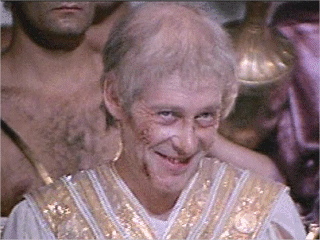 I'm watching you.
Posted by Albatross at 9:10 PM No comments: