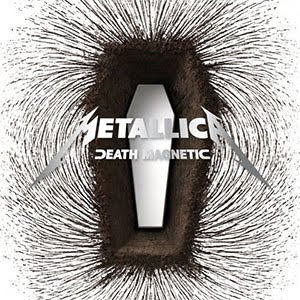 The Pistolero told me I should check it Death Magnetic, so I did. (Sorry, I haven't gotten around to The Warning, yet.) And my first few listens have left me pleased. Of course, I've already heard "Cyanide" on the radio, but so far I'm really digging "Broken, Beat & Scarred," "All Nightmare Long," "My Apocalypse" (some really good thrash, there), and "Suicide & Redemption."

The last in that list of tracks is an instrumental song, and it's a shame that metal acts don't do more of them. Iron Maiden had some really good instrumentals on their earlier albums, and Metallica has done a good job with the wordless tracks on their albums. But I just wish there were more.

Overall, I'm looking forward to listening to this some more.
Posted by Albatross at 9:01 PM 2 comments:

Have you seen MTV's "Unplugged" lately? I haven't, not in a while, but tonight I happened to catch a little of the show on Palladia, and Lenny Kravitz was featured.

And did you know that the definition of unplugged has apparently evolved to mean no effects on your guitar? Really. Kravitz's set up included an electric bass with stacks, a fully-miked drum kit, an electric organ, and an electric guitar running clean. Everything plugged in, except with no effects.

But unplugged in spirit, I guess.

Meh. I guess I shouldn't be that surprised, given that MTV stopped being Music Television a long time ago. But, still I was, a little.
Posted by Albatross at 8:08 PM No comments:

You know about the dangers of being an astronaut, right? Decompression, lack of gravity and its effects on health, cosmic radiation, atmospheric re-entry, and so on. But did you know that the hands take quite a beating, too?

It's true. In fact, if you are an astronaut who goes on space walks often, you might even be at risk for losing your fingernails.

National Geographic reports that the design of astronauts’ space suit gloves can lead to hand and finger injuries, including an icky condition called fingernail delamination in which the nail completely detaches from the nailbed. While missing nails do grow back in time, if the nail falls off in the middle of a spacewalk it can snag inside the glove, and moisture inside the glove can lead to bacterial or fungal infections in the exposed nailbed. MIT astronautics professor Dava Newman told National Geographic that astronauts take this medical prospect seriously. ...

The problem begins when the astronaut’s space suit is pressurized for a spacewalk (more technically called an extravehicular activity, or EVA), which makes the flexible fabric of the gloves hard and stiff. Newman decided to determine how these rigid gloves could make fingernails fall off, and found to her surprise that fingernail delamination was not linked to the length of astronauts’ fingers, which would cause more contact between the nails and the glove. Instead, astronauts with wide hands reported losing the most nails on the job. Her study, to be published in a forthcoming issue of the journal Aviation, Space, and Environmental Medicine, focused on measurements of the metacarpophalangeal joint, where the fingers meet the palm.

Be careful up in the cold blackness, walkers among the stars. And make sure you trim your nails before going outside.
Posted by Albatross at 5:47 PM No comments: 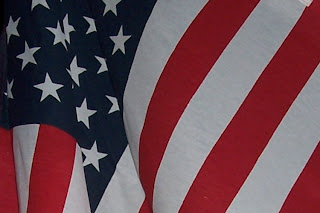 Posted by Albatross at 9:25 AM No comments:

Found, somewhere along the River Walk: 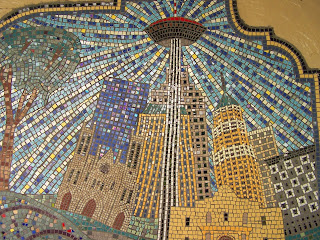 San Antonio, rendered in colored pieces of tile.
Posted by Albatross at 8:16 PM No comments:

An absolutely stunning image of Saturn, most unlike the rest. 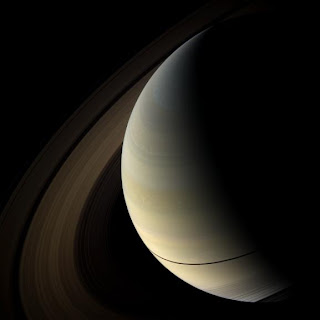 Sauron? Is that you? 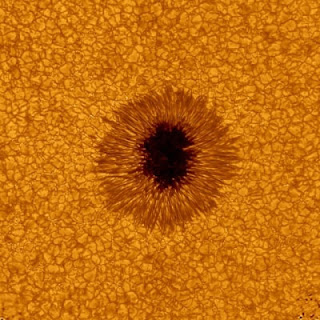 A new photo of a sunspot on the surface of the sun taken by a telescope in California is the most detailed seen in visible light, scientists say.

The sunspot snapshot was obtained by the New Solar Telescope at the Big Bear Solar Observatory in Big Bear Lake, Calif., operated by the New Jersey Institute of Technology.

The telescope is touted to be the worlds' largest ground-based solar instrument and was completed last year, NJIT officials said in a statement.

The new sunspot photo is the "first light" target for the observatory's new advanced optics system during a solar photography session on July 1-2. It has a resolution of about 50 miles (80 km) and is the best yet taken by a ground-based telescope, observatory officials said.

The best "yet". Hopefully much more to come.
Posted by Albatross at 9:14 PM 2 comments: