Closing the entries and going to the moon, privately

Twenty-nine private ventures will try for the moon. And I say, More power to 'em!

The roster of competitors is set for the Google Lunar X Prize, a multimillion-dollar race to land a homemade robot on the moon.

Twenty-nine privately funded teams have thrown their hats in the ring, contest organizers announced Feb. 17, and entries are closed. The teams represent 17 nations spanning four continents, and the competitors range from non-profits to university consortia to billion-dollar businesses.

"The official private race to the moon is on," Peter Diamandis, Chairman and CEO of the X Prize Foundation, said in a statement. "What I find amazing is that when we first announced this competition, we thought there might be a dozen groups talented and bold enough to compete. Instead, we have nearly 30 teams of heroic innovators showing us a new way to the moon."

Sizing up our solar system

Space is big, and it's filled with a lot of space. It takes a long time to get anywhere, even if we're trying to just get out of our own neighborhood.

How long? Here's an idea: Voyager 1 was launched from Earth in 1977, and right now it is the farthest man-made object from Earth, taking over 30 years to get just to the edge of our solar system in its long journey to a Star Trek appearance.

But, really, how far is that? Well, Space.com has a convenient scale representation of our solar system that begins with our sun and ends with Voyager 1's position. Take a look at it, and see how far we've got to go if we are ever going to become a spacefaring race.

Source SPACE.com: All about our solar system, outer space and exploration

That's some journey.
Posted by Albatross at 7:55 PM No comments: 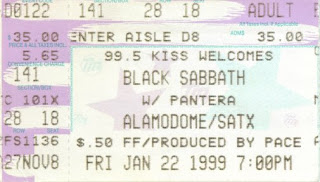 This is the last major concert I attended, and I'm glad it was Black Sabbath, a nice bookend to my concert-going experiences. And this was their reunion tour, which made it all the more special.

Sabbath put on a great show, and it was good to hear the band live with Ozzy's vocals. Iommi rocked, and Geezer Butler and Bill Ward were on that night. And, though I'm not a big fan, I also enjoyed Pantera very much. It was my first time to see them live, and I was struck by how clear their sound was. Sometimes opening acts get the short end of the stick in the sound department, but these guys were on that night, too, and it made for a very enjoyable concert.

I can't comment on Incubus ---- we showed up late and missed them altogether.


Well, that's it for my major concerts. In my time I saw many more shows in much smaller venues (which were often much more enjoyable because you could get a lot closer to the action), but I don't have the tickets to show for it. And time and familial obligations have caught up to me, and I just don't have the opportunity to see shows these days. Not like I used to.

But I do have my memories, and I thank you for letting me share them with you.
Posted by Albatross at 5:59 PM No comments:

It would make for an interesting alarm.

Awesome Iron Maiden reference at the There, I Fixed It blog.
Posted by Albatross at 5:57 PM No comments:

I love the Little Organ Fugue in g minor by J.S. Bach, but this is the first time I have heard a saxophone version of it. 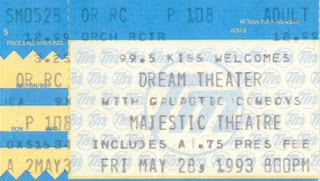 This is the first hard rock/heavy metal concert that I saw in the Majestic Theatre, and it really felt kind of weird to be there banging my head. I'm used to my rock being performed in bars, in night clubs, in the Sunken Garden Theater, at festivals, in arenas, and even in the Joe and Harry Freeman Coliseum. You know, places like this: 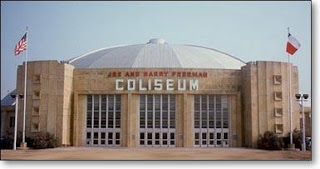 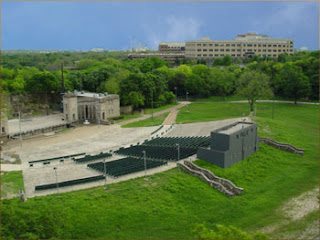 And in even dirtier and seedier places. Certainly nothing like this: 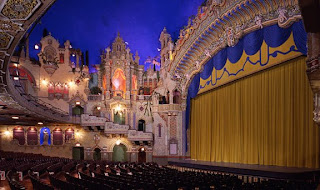 Don't get me wrong, I love classical music, too. And I've been in the Majestic Theatre many, many times for performances of the San Antonio Symphony and other ensembles. It's just that I'm used to a certain atmosphere in that place, and it was a bit incongruous to see it fill with a mess of metalheads (including me, mind you). So, overall, the concert was a unique experience, one that was actually pretty darn cool, if weird. Dream Theater rocked, and the opening act wasn't bad, either. And it was all done in a very nice setting where they ring little triangles to let you know that intermission is over and it's time to come back to your seats.

(Just kidding! I don't think they rang the triangle at the Dream Theater concert.)

Posted by Albatross at 8:44 PM No comments:

Word of the day

I don't know what it means, but it's what the stage for The Blackeyed Peas spelled out during the Super Bowl halftime show.
Posted by Albatross at 5:26 PM No comments: