I watched all those videos of that meteor exploding over the Russian landscape, and I was suitably giddy, awed, and a bit frightened, all at the same time. I didn't do a blog post about the event right away, and when I finally got a chance to sit down here and think about it, I thought that everything that could have been said about the event had already been said, and in a better way than I could phrase it. And those images and videos have already made all the rounds and stirred up excitement across the globe.

But I have seen something that is just as spectacular as a meteor mushroom cloud, and it hasn't received nearly as much media attention. It's this incredible image returned to us by the Cassini spacecraft.

That deserves at least as much attention as a meteor over Russia. Dontcha think?
Posted by Albatross at 8:48 PM No comments:

Yes, you've heard about the takeover. Now it's complete, and official. I have gathered the proof today. 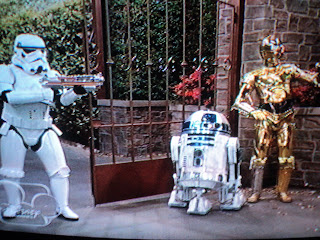 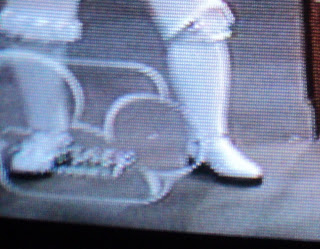 Posted by Albatross at 7:15 PM No comments:

Well, hush my mouth and call me corn pone.

Remember back in December when I argued that Peter Parker, a.k.a. Spider-Man, was needlessly living the life of a poor man because he should be using his genius for the greater good? And getting rich while doing it, thereby supporting his poor aunt and his wife?

Back then, I said this:


Those are web shooters, and Parker invented them when he was just a teenager. This is a remarkable invention, combining a completely engineered synthetic substance with precise mechanical operations  to allow the user to SHOOT WEBS!!!  Strong, sticky webs that can be dissolved at a precisely determined time.

Why is this invention not being used for all kinds of practical applications right now? The executives at 3M would have a field day with this! Or, they would spend all kinds of resources trying to woo the person who created these astounding gadgets to come work for them. Why doesn't Peter Parker go to work for such a company -- or even try to take it over -- and become wealthy so that he doesn't have to worry about where he will get the basic necessities of life? Why doesn't he invent other things and sell the patents so that he and his loved ones can live a comfortable life while he fights crime in his spare time?

I still stand by that sentiment. But, as the ol' Good Book says, there is nothing new under the sun. Those comic wizards at Cracked just came to the same conclusion, except they did it in a much cooler and funnier way. And I'm sure they got paid for it, too.

4 Reasons Spider-Man is Secretly Bad at His Job -- powered by Cracked.com

You're an astute man, Michael Swaim. Astute.
Posted by Albatross at 9:17 PM No comments: