Somewhat ambiguous headline of the day

And in other news, the vows made by Catholics please the middle-of-the-road voters.
Posted by Albatross at 4:32 PM No comments:

This comes from WOAI-TV in San Antonio:

Another employee has filed a lawsuit against BexarMet, its General Manager Gil Olivares and Adolfo Ruiz, Bexar Met's lawyer.

This most recent lawsuit, was filed by Humberto Ramos. Ramos claims his phone was illegal wiretapped. He states the lawsuit was filed because of BexarMet's "mismanagement, improper employment practices and other improper conduct." [emphasis added]

BACKGROUND: Bexar Met is a San Antonio-area water company that is currently entangled in a corruption scandal.
Posted by Albatross at 6:56 PM No comments:

Have you ever been to downtown San Antonio? If so, have you ever noticed the gold-domed building? 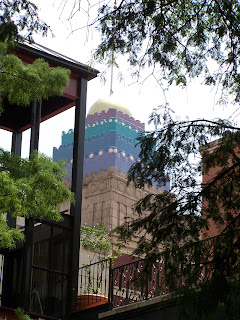 Posted by Albatross at 8:02 PM No comments:

Gee, what else will Google prove useful for?

A study of Google Earth satellite images has revealed that herds of cattle tend to face in the north-south direction of Earth's magnetic lines.

Staring at cows may not equal the thrill of spotting celebrities in public or rubbernecking at car accidents, but the researchers found nonetheless that our bovine friends display this strange sixth sense for direction.

Their field observations of red and roe deer also showed those animals facing toward magnetic north or south.

I wonder if the sun's path has anything to do with this, like helping warm up the large animals.

Oh, by the way, I object to Jeremy Hsu of Live Science characterizing automobile accidents as thrilling.
Posted by Albatross at 6:04 PM 2 comments:

Asking for a new term

Xkcd takes on the disconnect between scientists and journalists.

I think the problem here is the use of the word "quantum" to describe this kind of teleportation. To most people who aren't scientists, "quantum" means something akin to large or great or awesome. A "quantum leap", to the laity, means a big change.

So, to avoid the confusion demonstrated in the xkcd comic, perhaps scientists might think about renaming the concept. Instead of "quantum teleportation," which may be more accurate, perhaps they could refer to "particle teleportation," or something similar.

That would probably clear things up a bit for the masses. Or at least for journalists.
Posted by Albatross at 5:19 PM No comments: 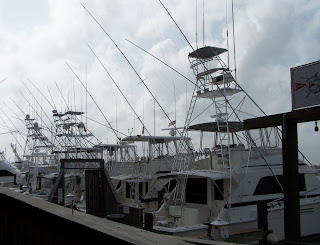 Posted by Albatross at 8:22 PM No comments:

Here is another installment in the randomization function of Wikipedia.

The Sun Don't Lie is an album by Marcus Miller, released in 1993, belonging to the jazz rock genre.

Bomb Jack Twin is a platforming arcade game that was released in 1993 by NMK.

Keith Richburg is a journalist and the author of Out of America, which detailed his experiences as a correspondent in Africa, during which he witnessed the Rwandan Genocide, a civil war in Somalia, and a cholera epidemic in Democratic Republic of Congo.

Noreen Isabel Young, C.M. (born September 11, 1952) is a Canadian producer and puppeteer, and is still actively involved in the puppeteering business through her corporation, Noreen Young Productions.

The London Millennium Tower was one of several ideas for the site of the former Baltic Exchange at 30 St Mary Axe, City of London that had been destroyed beyond repair by a Provisional IRA bomb blast.

6. Tales from the Public Domain

“Tales from the Public Domain” is the fourteenth episode of The Simpsons’ thirteenth season.

The term "Schneier's Law" was coined by Cory Doctorow in his speech about Digital Rights Management for Microsoft Research.

The National Black Writers Conference (NBWC) is a biennial symposium dedicated to an exploration of "emerging themes, trends and issues in black literature."

A bunion (hallux valgus) is a structural deformity of the bones and the joint between the foot and big toe, and may be painful.

Posted by Albatross at 8:15 PM No comments:

CAPE CANAVERAL, Fla - NASA has abandoned plans to get its replacement for the retiring U.S. space shuttles into service by 2013 because of a lack of additional funds and technical issues, officials said on Monday.

The U.S. space agency had hoped to fly astronauts to the International Space Station aboard a new spaceship called Orion as early as September 2013, well before its formal deadline or goal of March 2015.

The faster the better. It's good they're shooting to get this project done early, though they seem to have suffered a setback.

"The window of opportunity for us to accelerate Orion has closed," program manager Jeff Hanley at NASA's Johnson Space Center in Houston told reporters during a conference call.

The United States will be without a means to transport people to and from space after the shuttle fleet is retired in 2010 until the new ships are ready to fly. It intends to rely on Russia to ferry crews to the space station and on private companies to deliver cargo during the gap.

I would hate to rely on Russia for anything, but if we had to rely on them for something, I suppose help in the field of space exploration might be our safest bet.

NASA had hoped to minimize the gap, but additional funding to do so has not been approved by the U.S. Congress.

The agency now hopes to be able to fly an Orion crew to the International Space Station by September 2014.

Let's hope so.
Posted by Albatross at 8:07 PM No comments:

Just the sun setting over The University of Texas Marine Science Institute. 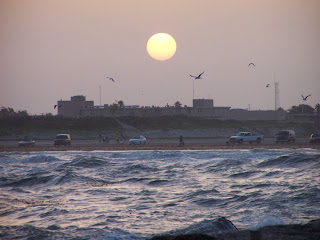 Posted by Albatross at 8:35 PM No comments:

Just a picture of a jetty scene on a summer evening. 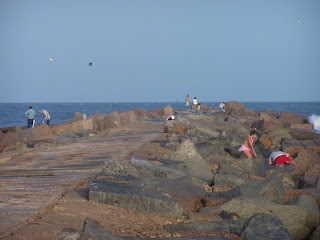 Posted by Albatross at 6:30 PM No comments: