What else I've been listening to

The Pistolero finally drove me to purchase The Warning by Queensrÿche, and I'm certainly not disappointed for having done it. You can read my comments about the album here, but the nutshell version is that I've enjoyed getting familiar with it over the past few weeks. And I'm glad I got it.

But, in focusing on The Warning, I almost forgot to mention what else I've been listening to lately. And that's a shame, because it's some pretty good stuff.

That's the latest album from Symphony X, a progressive metal outfit that's been around since the mid-1990s but that I've only just begun to pay attention to. And I'm really getting to like them.

Symphony X (I still haven't figured out whether that's supposed to be pronounced eks or ten) reminds me a lot of Dream Theater, another prog metal band that I liked briefly in the 1990s. And the singer makes me think of Ronnie James Dio. And when you put Dream Theater and Dio together, it's bound to be something good.

I first ran across Symphony X several years ago, and I downloaded a few songs just to check them out. I liked what I heard, so when their album titled Paradise Lost came out in 2007 I downloaded a few more to see if they kept my interest. They did. So when Iconoclast came out earlier this summer I went the extra step and got the whole album.

And the thing keeps growing on me. I like it more and more with every listen.

The album has a general theme to it of machines supplanting humanity, taking over in a Borg-like manner, I suppose. As such, many of the songs cover subjects that are dark, threatening, and bleak. But there is also an unmistakable energy that keeps the blood pumping and the senses sharp.

But don't take my word for it. Have a brief listen, and then decide what you think of it.

There's a lot more, and I wish I could play the whole album for you. But if you are into metal and haven't yet checked out Symphony X, I suggest you try them out. Download a few songs and see if they grow on you like they did on me.
Posted by Albatross at 8:57 PM 4 comments:

A new look at Uranus 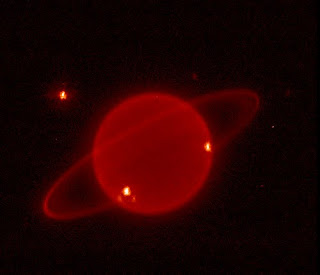 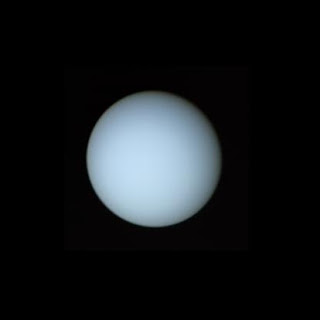 Except that the image on top was captured in infrared by Caltech astronomer Mike Brown at the Keck Observatory in Hawaii. You can read more about this image, and why Mr. Brown was taking pictures of Uranus and Neptune in infrared, at Space.com. It's a nice article, showing how the search for knowledge can lead to some unexpected and pleasing discoveries, and how simple opportunity can open the door to great advancements and achievements.

And there are some great images there, too.
Posted by Albatross at 8:56 PM No comments: 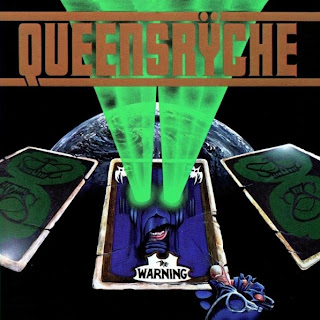 So the South Texas Pistolero finally convinced me that I had waited way, way, way too long to get Queensrÿche's The Warning. And I'm a bit surprised at myself at how long it took me.

You see, I'm a huge fan of Queensrÿche, or rather I'm a huge fan of a stage in their career. I didn't really get into them until a friend of mine told me back in 1986 that I should check out Rage for Order when that album first came out. I already liked the band somewhat because I was familiar with the songs that had received a lot of airplay -- songs such as "The Lady Wore Black" and "Queen of the Reich" from the band's self-titled introductory EP as well as "Warning" and "Take Hold of the Flame" from The Warning -- and I respected QR's sound immensely. But I had not actually bought any recordings, and it was not until I got Rage for Order and fully immersed myself into it before I realized, Hey, these guys are great!

I still love Rage for Order. To this day I listen to it. And when the next album, Operation: Mindcrime, came out, I was more than eager to get that and enjoy it to its fullest. Ditto for Empire, which some see as a sellout record, but I don't. It's still a great work with many fantastic songs on it (there's a lot more to it than "Silent Lucidity").

After that, though, I lost interest in QR's new stuff, and, from what I've read about some of the follow-up albums, I didn't miss much.

But, back to The Warning.

This album is great, and I can't believe I never got to enjoy the full experience until now, 27 years down the road. Thanks, Pistolero. I should listen to you more often.

First off, there's "Warning" and "Take Hold of the Flame", great songs that received a lot of airplay back in the day. But there's also another song that I was somewhat familiar with, and that I had forgotten about until I listened to this album again. That's "Before the Storm", another great tune that must have been played on some radio station in the 1980s. (Probably KXZL -- any longtime San Antonians remember that one?)

There's also "Deliverance" and "No Sancturary", which I'm really growing to like, as well as "NM 156", "Child of Fire", and a great piece that shows the promise to come for this band, "Roads to Madness".

All in all this is a very strong work, even if it is the band's first full album, and the musical talents of Tate and company have really stood the test of time. Queensrÿche was ahead of the pack with The Warning. I'm just sorry it took me so long to catch up.

And now, a bit of "Before the Storm":

Tiberius had asked the Senate to choose him a Council to advise him on public affairs, consisting of twenty men -- in addition to certain old friends and intimates -- only two or three of whom died natural deaths. All the rest he killed, one way or another ....


By now you should be getting the message that Tiberius was thought to be harsh and cruel, and he was apparently OK with people holding that opinion of him. The author of this account, Suetonius, can be a bit of an unreliable historian at times ("two or three of whom" is remarkably vague), but his view is backed up somewhat by other Roman historians, and this short passage captures succinctly all the cruelty Tiberius is known for, and it explains the infamy he has earned.

"All the rest he killed" just about says it, doesn't it?
Posted by Albatross at 8:40 PM No comments:

November 27, 2011 will be a significant day for American Catholics. It won't be quite as game-changing as Vatican II, but this day will cause comfortable Catholics to begin to pay more attention during mass, and it is of interest to a fan of the English language like me.

It is the day the Church introduces the new translations of the liturgy.

A little background: In the early 1960s, the Roman Catholic leaders decided some changes were needed to bring the Church up to date with the modern world, and they met for three years to decide exactly what changes were needed. This meeting was called the Second Vatican Council, or Vatican II for short. And it was a big deal to Catholics throughout the world.

Probably one of the biggest and most notable changes was to the language of the liturgy of the mass. Before Vatican II, all masses were conducted in Latin. After Vatican II, masses could be conducted in the local vernacular, which means that in the United States of America, after the mid-60s, Catholics began to use English (or Spanish) instead of Latin. This was before I was born, but my parents confirm that it was a big deal at the time.

That's well and good -- now everyone could understand what they were saying in church -- but this change happened rather quickly (within a couple of years after the Council ended). And apparently some of the translations were a bit rushed, producing some liturgical phrases that were more approximations than translations.

So, Pope Benedict XVI in 2000 declared that the languages of the mass should be retranslated from Latin to ensure that the spirit and the messages of the liturgy are more accurately reflected in what the people say. I've already seen the revised versions of the Nicene and Apostles' Creeds, and it looks like only minor changes will result. So there shouldn't be as big an adjustment as occurred with Vatican II. But long-time Catholics will need to rememorize some of their prayers and what they say during the mass, and that could take some getting used to.

In any case, the new liturgy goes into effect November 27, 2011, which is the beginning of Advent. If you're Catholic, consider yourself warned. Don't be surprised if things sound a little different during mass. If you're not Catholic, it won't bother you at all.

Unless you have Catholic friends and they suddenly start complaining about church after Thanksgiving.
Posted by Albatross at 11:20 AM No comments:

Otho excused himself to the Emperor [Galba], saying that he had arranged to view a house that was for sale; then slipped out of the Palace by a back door and hurried to the rendezvous. ... At all events he hastily got into a closed sedan-chair of the sort used by women, and headed for the Camp, but jumped out, and began to run when the bearers' pace flagged. As he paused to lace a shoe, his companions hoisted him on their shoulders and acclaimed him Emperor.


And that's all he needed to become the leader of the Roman Empire. A quick hoisting by his friends, a little murder later, and then BAM! he was the emperor. Just like that.

For all of about three months, that is. 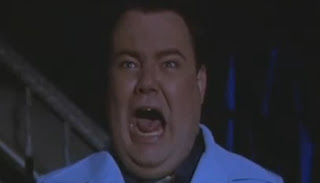 Damn! Ruling's hard!
Posted by Albatross at 8:30 PM No comments:

Morning of the spent cases 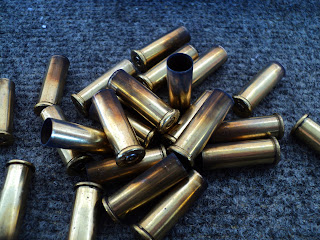 But attempts against Augustus' life were made by men from even the lowest walks of life; so I must no forget one Telephus, a slave, whose task it had been to remind a lady of her engagements; he nursed a delusion that he was fated to become emperor, and planned an armed attack on the senate as well.


I did not realize ancient Rome was such a place of opporunity. Apparently even the simplest of human personal planners could aspire to be the leader of the world, and then even get his name entered into the tomes of history. 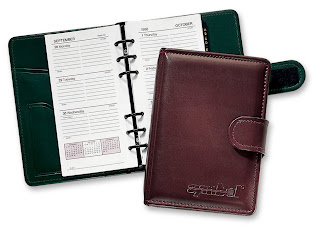 Hello, I'm Telephus. I'm going to be emperor some day.
Posted by Albatross at 8:34 PM No comments: