Sending a shuttle simulator to the Aggies

Well this is good news for space exploration efforts and for Texas. (Especially since we got robbed out of an actual space shuttle for the Johnson Space Center.)

NASA's long-running space shuttle program came to its end in 2011, but thanks to a recently signed agreement between the space agency and a Texas university, one of the winged spacecraft's iconic cockpits will continue to "fly."

The Shuttle Motion Simulator (SMS), which for more than three decades exposed astronauts to the sights, sounds, and motions they'd experience when they launched and landed on the real orbiters, is being moved 100 miles from NASA's Johnson Space Center in Houston to Texas A&M University in College Station. Once there, the hydraulically maneuvered platform will resume work as a simulator.

"The SMS at College Station at Texas A&M is going to be returned to be an operational simulator," Paul Hill, director of mission operations at NASA Johnson, said. "And there, more students and engineers will have the opportunity not just to see it, but actually use it to develop new operations and develop new equipment to be used by next-generation spacecraft.

(from Robert Z. Pearlman at Space.com)
Posted by Albatross at 9:24 PM No comments:

Domitian pretended to be extremely modest, and though he displayed a novel devotion to poetry, which he would read aloud in public, his enthusiasm was matched by a later neglect and contempt of the art.


Who knew the ancient Romans had poetry slams?
Posted by Albatross at 9:18 PM No comments:

Titus' reign was marked by a series of dreadful catastrophes - an eruption of Mount Vesuvius in Campania (The eruption that destroyed Pompeii, Herculaneum, Stabiae, and Oplontis.), a fire at Rome which burned for three days and nights, and one of the worst outbreaks of plague that had ever been known. Throughout this assortment of disasters, he showed far more than an Emperor's concern ... . He ... devoted the property of those who had died in the eruption and left no heirs to a fund for rebuilding the stricken cities. ... He stripped his own country mansions of their decorations, distributed these among the public buildings and temples [stricken by the fire], and appointed a body of knights to see that his orders were promptly carried out. Titus attempted to cure the plague and limit its ravages by every imaginable means, human as well as divine - resorting to all sorts of sacrifices and medical remedies.


This passage portrays Titus as having a genuine affinity for his people and a concern for their welfare. If it is to be believed, this account demonstrates the emperor's eagerness to give of his own personal belongings to help relieve the sufferings of his subjects. This could be the best example of a benevolent dictator that we have from ancient history.

Well, benevolent toward his own people. There is that whole destruction of the Jewish Temple thing, too.
Posted by Albatross at 9:36 PM No comments: 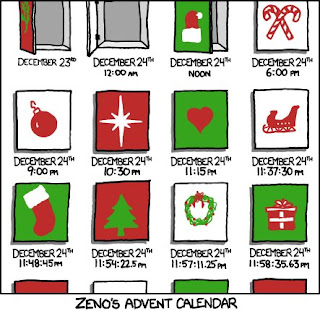 Hover text: I think you could get up to about 11:59:57 before you'd have trouble swallowing the chocolates fast enough. At that point, you'd need some kind of a liquify-and-chug apparatus to get up over the 11:59:59 barrier. Anyway, Merry Christmas!

Yes, a Merry XKCD Christmas to you all!

(Click here for more Zeno info.)
Posted by Albatross at 11:30 AM No comments:

... He was entirely shameless in the style of his appearance and dress, but always had his hair set in rows of curls and, when he visited Greece, let it grow long and hang down his back.


The only thing Suetonius left out was the Emperor's fantastic neck beard. 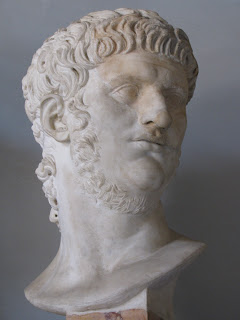 Nobody rocks this look like I do!
Posted by Albatross at 4:55 PM 2 comments:

Until this reign there had been two terms in the Law Courts, the summer and the winter; Claudius made them continuous. Another of his changes was to institute permanent courts ... for judging fiduciary cases, instead of entrusting them to the annually appointed Roman magistrates. He cancelled Tiberius' supplement to the Papian-Poppaean Law which implied that men over sixty years of age could not beget children; and sponsored a law authorizing the Consuls to choose guardians for orphans; and passed another law, ruling that no person who had been exiled from a province might enter the city or even Italy.

A new form of punishment which forbade some persons to go more than three miles outside Rome was likewise introduced by Claudius. ... Hitherto, when Romans wished to travel abroad, the Senate had considered their applications; Claudius reserved the right to deal with these himself.


In other places in The Twelve Caesars, Claudius is portrayed somewhat as a dolt, but this passage makes him seem much more competent. Not nice, but competent. He tended to the housekeeping of the Empire with the changes listed above and other changes listed elsewhere. And, even though it's likely that a great many people were unhappy with such changes (especially those with places to go to), it's obvious that Claudius was not distant from the workings of the government.

Claudius passed laws, changed laws, altered customs, and challenged assumptions. He even proposed adding new letters of his own invention to the Latin alphabet (they didn't stick, though). And it seems like he had a purpose in mind for each change, even if it may not be obvious to a reader today or a Roman in the past. 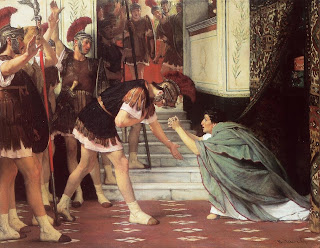 I offer you this backward C, for all of your "PS" sounds; this upside-down F, so you can stop using V as a consonant; and this half H, because it's all Greek to me.
Posted by Albatross at 9:03 PM No comments:

One day, as Galba's grandfather was invoking sacrificial lightning, an eagle suddenly snatched the victim's intestines out of his hands and carried them off to an oak-tree laden with acorns. A bystander suggested that this sign portended great honour for the family. 'Yes, yes, perhaps so,' the old man agreed, smiling, 'on the day that a mule foals.' When Galba later launched his rebellion, what encouraged him most was the news that a mule had, in fact, foaled. Although everyone else considered this a disastrous omen, Galba remembered the sacrifice and his grandfather's saying, and interpreted it in precisely the opposite sense.


And thus a toss-off, dismissive joke becomes the inspiration for a man, signaling to him that he was destined to become Emperor of Rome. 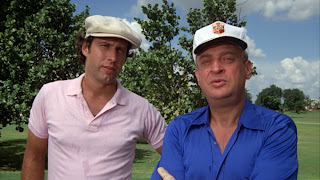 The potentially habitable alien world, a first for Kepler, orbits a star very much like our own sun. The discovery brings scientists one step closer to finding a planet like our own — one which could conceivably harbor life, scientists said.

(from Mike Wall at Space.com)

Perfect. Let's get packing.
Posted by Albatross at 7:39 PM No comments:

[As military commander, Julius Caesar] lost no opportunity of picking quarrels -- however unfair and dangerous -- with allies as well as hostile and barbarous tribes, and marching against them. At first the Senate set up a commission of inquiry into the state of the Gallic provinces, and some speakers went so far as to recommend that Caesar should be handed over to the enemy. But the more successful his campaigns, the more frequent the public thanksgivings voted; and the holidays that went with them were longer than any general before him had ever earned. 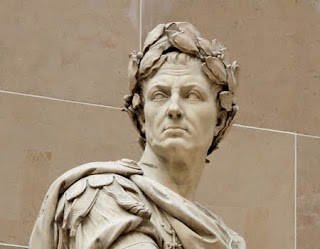 Absolute badass.
Posted by Albatross at 11:14 AM No comments:

One of my favorite things, and one not so much

But, hey, it actually comes out sounding pretty cool!
Posted by Albatross at 10:40 PM No comments: