Giving chimps too much credit

Too bad the chimp died.

SPOKANE, Wash. - Washoe, a female chimpanzee said to be the first non-human to acquire human language, has died of natural causes at the research institute where she was kept.

Washoe, who first learned a bit of American Sign Language in a research project in Nevada, had been living on Central Washington University's Ellensburg campus since 1980. Her keepers said she had a vocabulary of about 250 words, although critics contended Washoe and some other primates learned to imitate sign language, but did not develop true language skills.

Yep, gotta agree with the critics here. The chimpanzee may have been adept at learning the motions to replicate the signs, but I don't think the animal actually grasped language.

Enough anthropomorphization. Respect animals, treat them well, try to protect them from everything, if you must. But, please, stop trying to make them human.
Posted by Albatross at 9:05 PM No comments:

It's fine to wish pandas had a better chance in this world. It really is. It's also fine if you think they're cute. They do have a certain teddy-bear look to them.

But it's not fine to forget they are still animals. Wild animals, as this guy found out.

BEIJING (AFP) - "Gu Gu" is one of the star attractions at the Beijing Zoo but the panda bear with a bad temper has lashed out at a fan for the second time, this time mauling a 15-year-old boy.

Eight-year-old Gu Gu, who weighs 110-kilogrammes (242-pounds), attacked the boy after he jumped into the animal's enclosure, the Beijing News reported on Tuesday.

The boy, Li Xitao, had both his legs gnawed to the bone, the paper said.

Monday's attack was not the first time Gu Gu has tasted human flesh.

In September last year, the panda bit a chunk out of a leg of a drunken man who had jumped into the enclosure to "hug" the cuddly animal, according to reports at
the time.

Teddy bears, they ain't.
Posted by Albatross at 7:48 PM No comments:

The sharp and the blurred ...

... the near and the far, the lowly and the sublime. 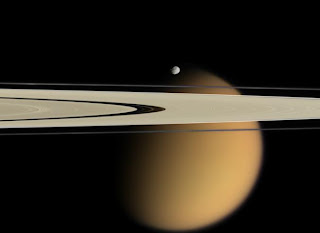 Image courtesy of NASA/JPL/Space Science Institute. Read more about it here.
Posted by Albatross at 8:40 PM No comments:

Good news for us roverphiles.

PASADENA, Calif. - Mars' aging twin rovers will explore the red planet for at least two more years under an extension approved by NASA.

It is the fifth time the space agency has continued the activities of the solar-powered, six-wheel robots, which landed on opposite ends of the planet in 2004.

The extension means Spirit and Opportunity will conduct science experiments through 2009 provided they stay healthy. The rovers weathered a giant dust storm earlier this year that at one point drastically reduced their power and scaled back their operations.

The rover missions have truly been one of NASA's finest accomplishments, and I hope they continue to expand humanity's knowledge for years to come.
Posted by Albatross at 8:50 PM No comments: 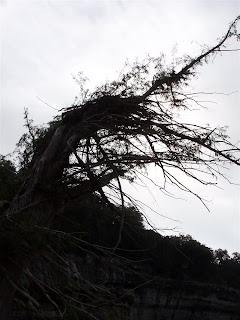 Nothing but a picture of a wicked-looking tree somewhere in Texas.
Posted by Albatross at 10:30 AM 2 comments:

Spacecraft controllers fired up Dawn's ion drive on Oct. 6 and continued monitoring the system's performance over the next 27 hours. The ion engines consumed less than 10 ounces (0.28 kilograms) of xenon propellant – not even the equivalent of a can of soda – compared to the 937 pounds (425 kilograms) of Dawn's onboard fuel supply. That energy efficiency will permit the three ion engines to fire continuously for more than five years, a record for spacecraft, mission managers have said.

The ion engines were tested at five different throttle levels and performed "flawlessly" according to Jon Brophy, the Dawn project's ion propulsion manager at JPL, in an official statement. Charged ion particles shoot out of the engines at 90,000 miles per hour (144,840 kph) to slowly accelerate the spacecraft over time.

Dawn is slated to arrive at Vesta in 2011 and spend about a year studying the space rock before meeting the dwarf planet Ceres in 2015. The spacecraft will measure the asteroids' shape, surface topography, tectonic history, elemental and mineral composition, and look for water-bearing minerals. Scientists will also use Dawn's orbit around Vesta and Ceres to gauge mass and gravity fields.

This, it surely ain't.
Posted by Albatross at 8:11 PM No comments:

Marketing something as being not what it is 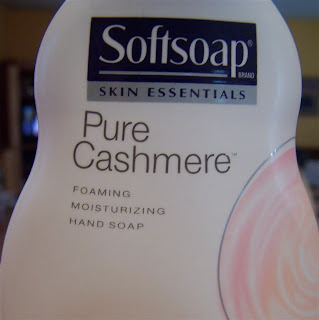 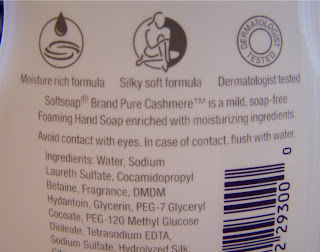 Moving out to space

At least one company is serious about getting humans into space.

Lofting all that living room into Earth orbit is on the business agenda of Bigelow Aerospace of North Las Vegas, Nevada -- but the company faces significant challenges in attaining their sky-high goals.

The privately-backed Bigelow Aerospace Genesis 1 and Genesis 2 expandable sub-scale space modules were shot into orbit -- on July 12, 2006 and June 28, 2007, respectively -- via Dnepr boosters from the ISC Kosmotras Yasny Cosmodrome, located in the Orenburg region of Russia.

Both remain in excellent shape, providing valuable data on the use of expandable space structures for crews, not only in low Earth orbit, but on the moon and Mars, said Michael Gold, Corporate Counsel for Bigelow Aerospace in Chevy Chase, Maryland.

Go Bigelow.
Posted by Albatross at 7:56 PM No comments: